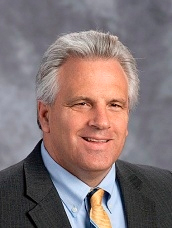 Kevin Bals has been a teacher and administrator for 36 years. During that time he taught mathematics, computer science, and computer applications to middle and high school students. He then served in various school districts as a district technology coordinator, a mathematics department supervisor, an assistant principal and finally as a high school principal. He previously served on a private school board of trustees. He has a B.A. in Mathematics from The King's College and a M.A. in Educational Leadership from Fairleigh Dickinson University.

Anne Beaulieu and her husband Paul have been members of GBC for ten years. They enjoy serving the Lord in where God has called them. Paul is a deacon at GBC and Anne joined the board at ACA in January 2022. Anne graduated Seton Hall University with a BA in education and received her MA in Educational Administration, also from SHU. She enjoyed her career as an educator and administrator for 25 years before retiring. Anne and Paul are delighted to have five grandchildren who attend ACA.

Doug Fuhrman has 40+ years of experience in all areas of finance and operations in the high tech and financial industries. His experience includes owning and operating companies that provided services to other businesses, entrepreneurs, and investors. In addition, he served as Vice Chair, Board of Trustees and Senior Vice President/CFO for The King's College. Mr. Fuhrman holds a BS in Management Science and MBA in Finance from Fairleigh Dickinson University. Mr. Fuhrman has also served as a Trustee, Deacon and Elder in various church's as well as member of various civic organizations.

Mark Junda joined the ACA board in July 2022. Mark and his wife Alison actively serve at Grace Bible Church in various ministry positions, and Mark previously served for over a decade as an elder and deacon. Professionally, Mark has spent his career in Government IT procurement at various federal agencies including the White House, Department of Veterans Affairs, and the Department of Defense. Mark and Alison send both of their children, Caleb and Aubrey, to ACA. 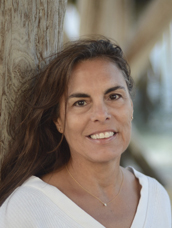 Marianne joined the ACA board in June of 2022. Marianne and her husband Gerald have attended Grace Bible Church since 1992. Her education and background are in Computer Science. She worked as a systems analyst for several Fortune 500 corporations before leaving the industry in 1990 to raise a family. She has since been employed as an Administrative Assistant at GBC for the last 20 years.

Barry Morman spent 37 years in retail management and another seven years as Associate Pastor of Grace Bible Church. He joined the ACA Board in 2021. He has extensive experience in merchandising, advertising, personnel management and operations. He graduated from Harding University in 1976 with a B.S. in Business Administration. He has served as an elder at Grace Bible Church since 2014. He and his wife Patti have two children and six grandchildren.

Lou Scheidt has extensive experience including: management at AT&T, founder and CEO at IEI, a national engineering firm, founding President of the Monmouth/Ocean Foodbank, fundraiser and State Coordinator of the Billy Graham Evangelistic Association, as well as being a Regional Director at the NJ Family Policy Council. He has served on many non-profit boards frequently as an officer including Treasurer and Trustee at the Grace and Peace Church where his lovely wife Yvonne leads the missions board. He is blessed with 3 children and 4 grandchildren. He brings decades of experience to the ACA board. 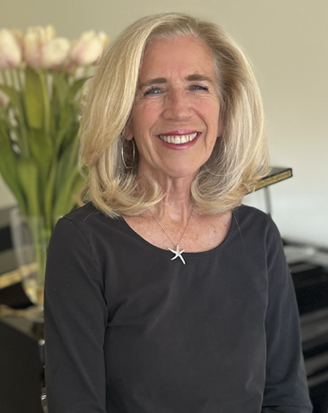 Joan Steidl has spent the last 24 years teaching the Bible and training the leaders for Bible Study Fellowship International in the local BSF class meeting at Lincroft Bible Church, and the recently added class at Grace Bible Church. She and her husband Gary are members and serve in various ministries at New Monmouth Baptist Church in Middletown. They have two married children. Joan is a graduate of Upsala College with a Bachelor of Science degree in Biology, and worked in the cosmetic industry as a chemist and in project management until leaving to be a stay at home mom and being called to teach the Bible.

Dr. Marcia Serenelli received her Doctorate in Educational Administration from Widener University. She has been a teacher, an assistant principal, and a principal and has experience in education from preschool through 12th grade. She retired from public school education to marry her husband Bob and begin her family. Amalia entered ACA as a 6th grade student and is now a freshman at Ambassador. Dr Serenelli served on the Board of Trustees from January until June 2022. From April until June 2022 she served as Interim Head of School. On July 1, 2022 she began as the official Head of School at ACA. Dr. Serenelli is grateful to be serving the Lord by serving the students, staff and parents at ACA. She looks forward to partnering with each of you to provide an EXCELLENT, Christ-centered education for your child.